Questions of a theatrical nature...

Over the past three years I've been in seven productions! So, to celebrate this...I thought I would share some pictures and a quiz to see how much has happened. 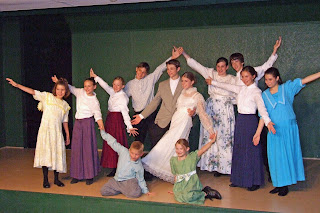 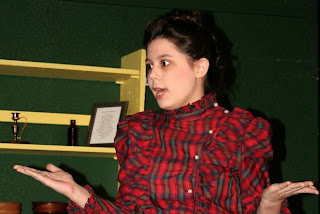 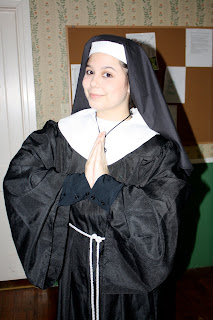 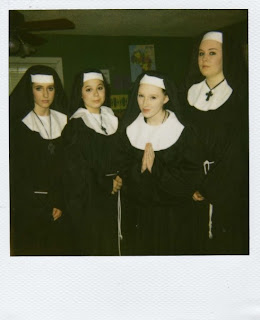 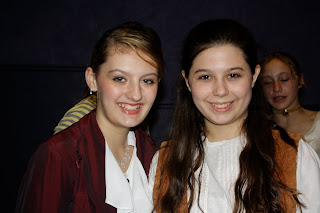 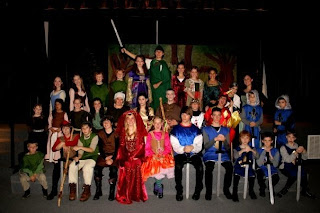 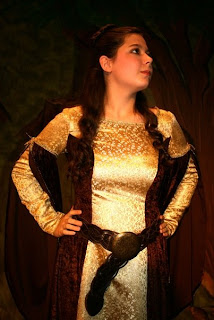 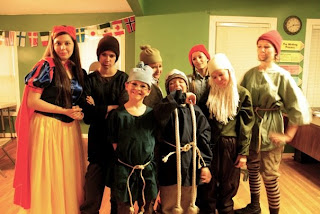 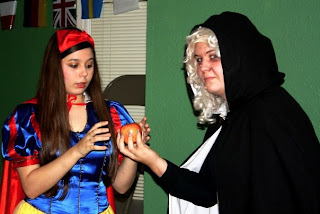 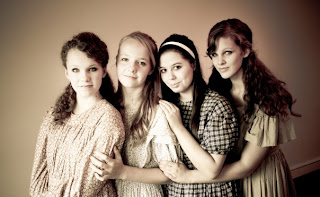 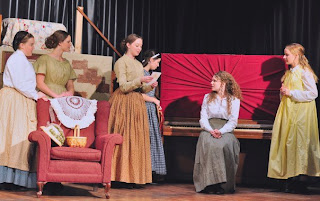 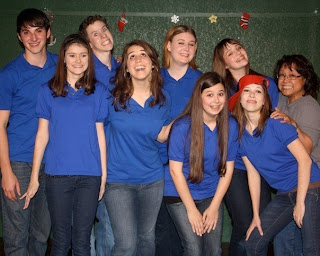 As I have been in several shows, I saw this quiz on a blog and thought I'd attempt it. Here are my answers, you should do it too!!!

Put an "x" in the brackets of statements that are true.

Over the span of your theatre experiences, you have been cast in...
[x] A chorus role (Annie Get Your Gun)
[ ] A cameo role
[x] A minor/supporting role (Sound of Music)
[x] A principal role (Anne of Green Gables)
[x] A title role (Snow White)
[x] The lead role (Little Women)

For a role, you have...
[ ] Cut your hair
[ ] Dyed your hair
[x] Gained weight on purpose (Anne of Green Gables)
[ ] Lost weight on purpose
[ ] Changed the sound of your voice
[x] Changed your way of moving (Snow White)
[ ] Changed your posture
[x] Developed bad habits as a result of characterization (talking in a high annoying voice - Snow White)
[ ] Become depressed as a result of characterization

You have been...
[x] Asked to sign an autograph as your character
[x] Asked to sign an autograph as yourself
[x] Recognized by someone who saw you perform
[ ] Asked by a director to audition for their show
[x] Given a role without auditioning
[ ] The first person to play a specific role in an original show
[ ] The inspiration for a character in an original show

I will try this on my blog! I LOVE acting, and was recently in a play version of "A Christmas Carol".

I have been to your blog before, but I don't think I've ever commented.
The more posts you write, the more I am sure we are sisters separated at birth. lol :o)

It is so neat that you were able to be in the play "Little Women"! I have always wanted to be in a production of that! Where I live, we have quite a few theaters, but most of them do not put on any shows I have a desire to be in. Hopefully one of these days we can get our Homeschool Group to do a play.

Oh yes..Little Women was so much fun!! I love theatre! It is definitely a huge passion of mine! It is so hard to find good theatres that put on appropriate plays!! I'm so blessed to be near two homeschool groups that have good theatre groups! I hope that you are able to find groups just as good!!

Hope to speak with you soon and get to know you better!! :)

Huh! Your Robin Hood role didn't make it into this quiz?