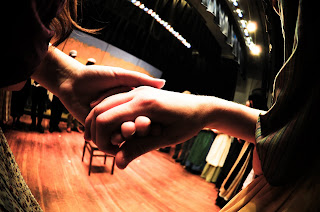 Fiddler on the Roof is over, and frankly I'm very, very sad that it is! When you are in a play and around the same people for a long time it's hard to end so abruptly! However, we've had several cast parties this last week and so I've seen my "Fiddler" family pretty regularly. 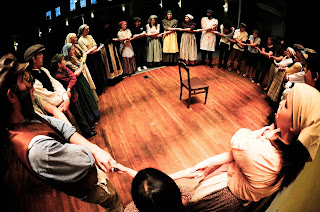 My friend (who played my Mama in the play) said, "The days grow longer as I come to see that my dear production, Fiddler on the Roof, has come to an end. After spending everyday with my cast, for long hours, going out to eat, making memories, laughing, becoming closer, I see who my true friends are. Now that I can only see them occasionly, is indeed the saddest thing in the world. Afterall, in the play I was married, had five daughters, in which three of them gave my son-in-laws. It was and is like we really are family." go here to see her whole blog post. She is absolutely right! 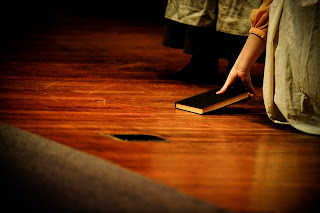 But enough of sadness...here are some more pictures from the play (courtesy of my dear friend Michaella Elliott)! And I promise, this is the last batch! :) 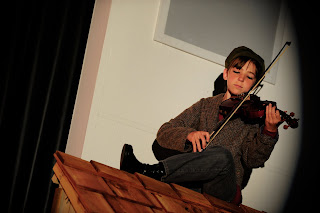 a fiddler on the roof...sounds crazy, no? 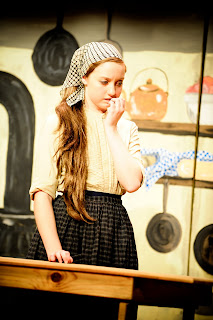 the matchmaker was here... 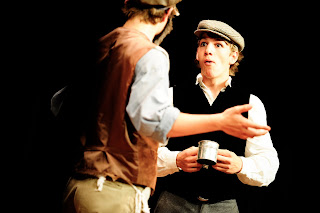 This picture makes me SMILE! You see Tevye just got though saying he has five daughters...and Perchik is like "FIVE?!" and Tevye says "...DAUGHTERS" after which Perchik says, "Girl's should learn too...girl's are people" and Tevye's response, "A RADICAL!" Haha...best dialogue EVER! :) 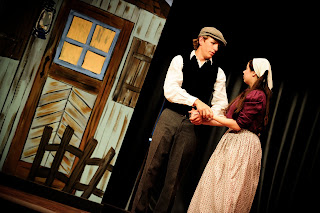 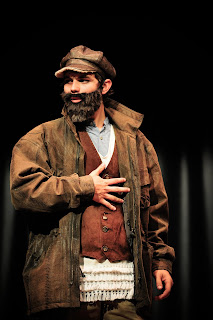 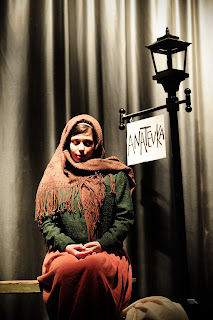 at the train station... 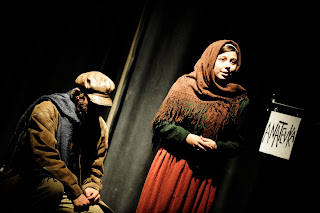 "Who could see that a man would come, who could change the shape of my dreams...helpless now I stand with him...watching older dreams grow dim..." 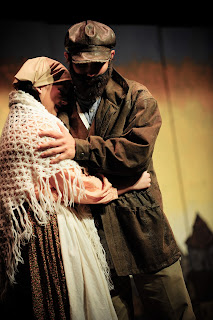 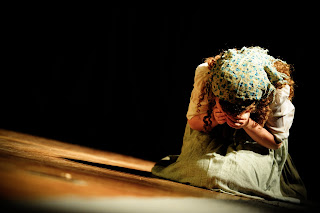