After an entire week of vacation-ing with the fam...we have returned! We got to do some pretty awesome stuff while we were away, such as... 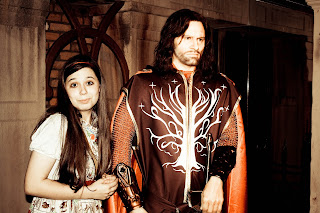 (me and guess who?! heehee...)
Going to a Titanic Museum: 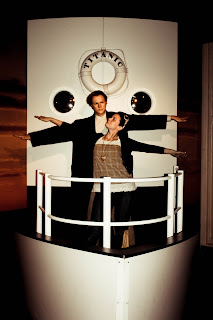 (this picture was not actually taken at the museum "no cameras allowed"...but you get the idea.)
Seeing a whole bunch of cool shows: 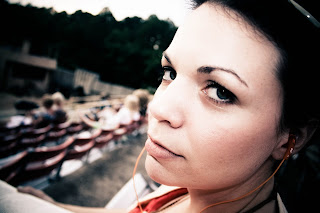 (sara. taken at a play.)
And a quick trip to this adorable old town: 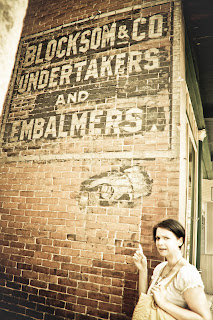 (even the old undertakers sign was adorable...ish. okay it was a bit disturbing.) 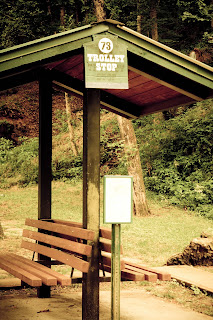 (no. we didn't actually ride the trolley. BUT if we had...I would have been singing a certain song..."clang, clang, clang went the trolley...")
Etc. and so on...it was a jolly good time. But. I am VERY glad to be home. Now that the vacation is over, summer has officially begun.

P.S. Don't forget. I'm answering questions over at Formspring (widget on right side bar)! I've already gotten some great (and interesting) questions... So head over there and ask me something, if you will.

Looks like you had a lovely time. =) I've always had a bizarre obsession with the Titanic incident, so that museum sounds amazing. I think the word "embalmer" sounds so creepy, and still would, even if it didn't mean what it does. And I love "The Trolley Song"! =)

I almost choked on my ice water when I saw the pic of you with the King of Gondor.