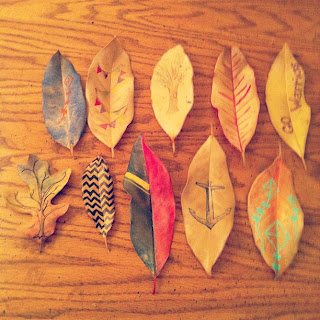 two weeks ago i got to be a part of planning a surprise birthday party for one of my dearest friends, maddy. at first it was to be a picnic...but then it rained...so it was changed into an indoor picnic/tea party. the night before the "big day" i remembered my promise of producing two pies for the event. so at 11pm as it was raining and everyone had gone to bed...i stayed up baking pies. it was kind of the most peaceful, happy moment of my life. next time it's late and it starts to rain...i'm totally baking some pies. 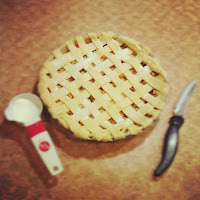 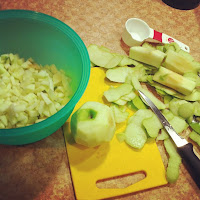 the next day, after church, i drove maddy to my house and we painted leaves as her mother and sister rushed home to set up the party at *her* house. i'm just going to say...those were probably the most stressful hours of my life. i HATE keeping secrets...so it was hard not to burst as we were painting leaves and she was talking about still trying to figure out what to do for her birthday. she was...clueless. 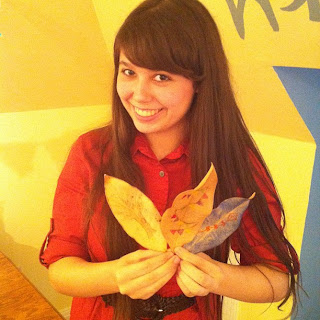 after splashing in some mud-puddles, i drove her home. she wanted to go into the house through the garage...and i, knowing everyone was by the front door ready to yell "surprise" made up a silly excuse of not liking to go through other people's garages because it made me feel awkward. somehow she believed me...and we walked through the front door. everyone yelled. someone grabbed her from the side. she squealed. and i began to shake violently because it was over. 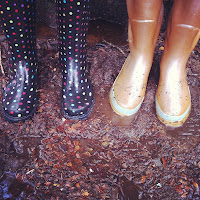 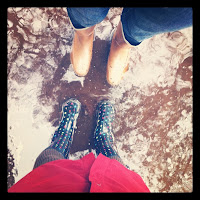 the party was a hit. she was surprised. and i was exhausted. but it was so worth it...!! 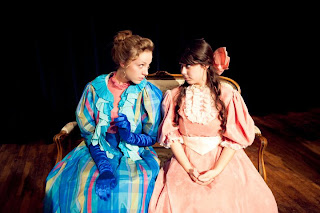