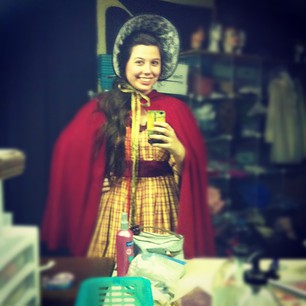 since september my mom and i have been working on a very special project - "scrooge: the musical"
after performing "the importance of being earnest" at the artisan center theater, my mother was contacted to co-direct this show with the founder/owner of the theatre!
of course we were all thrilled, and after MUCH prayer...she decided to do it!
since then, I was lassoed into not only performing in but COSTUMING the show!
and let me tell you something...a show that's double cast and has 80+ people total (most of which have over one costume change)...is a big BIG responsibility.
big. 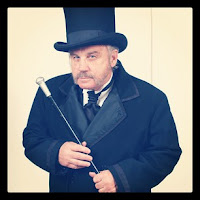 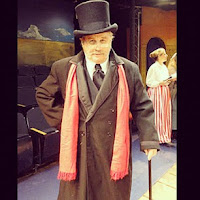 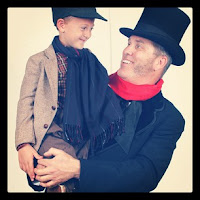 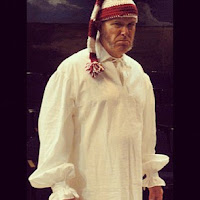 the show opened last weekend...and runs until december 23rd...six performance a week.
EEK!
i'm so excited to be a part of this...aaaaand we got reviewed monday night!
i've been not so patiently awaiting the arrival of the review...sort of kind of scared to death. 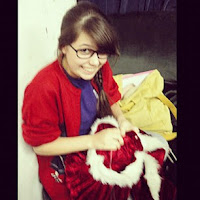 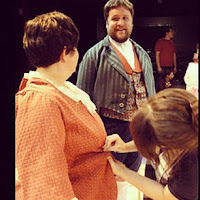 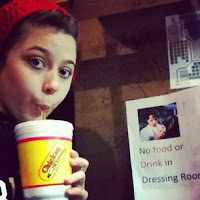 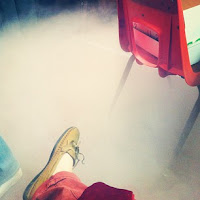 i've met some AWESOME people and each person i've gotten to work with is so special to me.
i'd been dreaming of simply auditioning at the artisan for years...and now i've worked, acted, and had an amazing time there...and i've still got four weeks of shows left!!!
i'm thankful for the artisan theatre.
what are you thankful for?
happy day of thanks!
xo, rebecca jane

that's so amazing! I'm really happy for you!

My community is putting on "A Christmas Carol" as well, but only for the first week of December. Wow, you have a lot of shows!!!

What part are you playing? I having been in this production four years now, and FINALLY!!!!! I got the part of Martha Cratchet :)