of iphones, rice, and toilets. 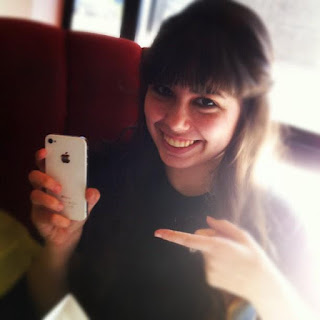 in march i had a really traumatic experience involving my beloved iphone...and the toilet.
suffice it to say...the two don't mix very well.
poor bob fell out of my pocket into the water, and before i could snatch it...it had become immersed.
if you know anything about iphones, you know that they should NEVER get wet.

i squealed. grabbed it. dried it off.
it started vibrating uncontrollably...and then went to the black screen of death.
i rapidly googled every combination of "how to save your iphone after it gets wet" and i could find only one thing that might do the trick: rice.
sadly, we are not a usual rice-eating family (and it was really late at night), so we decided to buy rice first thing in the morning.
all night, bob would randomly vibrate (like it was gasping for breath).
it was kind of spooky. 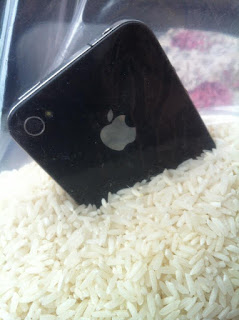 after three full days in rice, i took it out hoping for some magical powers to have been bestowed from the rice to the phone.
alas, it was not to be so.
know that this was happening during tech week for oliver and ALSO my birthday week.
sad, sad day.

the good news: on my birthday i was gifted with a NEW PHONE!
you'd *think* that would be the end of the story.
PSYCH!
it's not.
the bad news: my parents got a new phone...but instead of an upgrade, it turns out to be a downgrade with 8gb less space.
they took it back (having to pay the restocking fee) and got the 16gb one.
but instead of programming MY number, they put MY MOM'S in!

not realizing it, they left the store.
after discovering something was really wrong with HER phone...my parents went BACK to the store.
the salesman couldn't figure out how he made the mistake and said "give me your phone so I can get things switched back because I just killed your phone."
my mom said, "my daughter has MY phone in a different city" (tech week for oliver!).
the clerk next to him said "she will have to find an AT&T store where your daughter is to get a new chip and get it back in service because you just killed her phone!"

he entrusted her with a new "chip" and a paperclip to open the tray on her phone and install herself...without having to go to an AT&T store.
- many hours later...we were back in service.

could it have BEEN any more complicated??!
i think there were many lessons to learn here...but i think the one that has stuck with me the most is NEVER LEAVE YOU PHONE IN YOUR BACK POCKET!!!
i have a mini heart attack every time it's anywhere NEAR water.

Rebecca, you're in JOY Drama's production of Godspell, correct?
Will you be posting about it anytime soon? :D

we start tech week really soon...so yes i will DEFINITELY be posting pictures. we haven't really taken any rehearsal pictures or anything so i don't have too much to share.

Pictures would be great! As for what I want to hear about specifically, I'll enjoy anything you want to share really. I love reading about other people's theatre adventures.
Thanks!