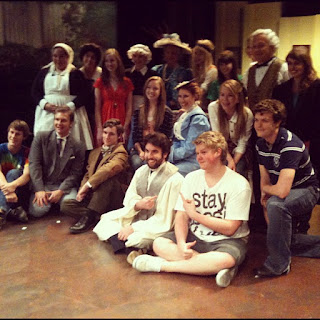 on tuesday night, the JOY drama group's cast of "the importance of being earnest" (from last year's fundraiser for joplin, MO) had the pleasure of going to see the artisan center theater's production of the same show.
sitting in the audience we all mouthed the words.
laughed at the proper places.
longed to join the actors onstage.
and had a goofy grin during the whole show. 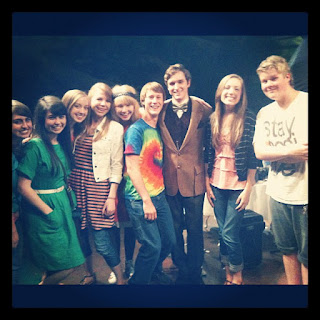 what made things even more enjoyable was that OUR "jack worthing" was playing the artisan's "algernon moncrieff."
it was so weird to see him playing a different part.
but we all agreed he did quite smashing. 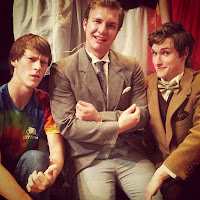 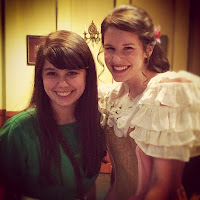 after the show...we got to meet the artisan cast (who are all amazing and hilarious) and take pictures with them.
i got a picture with a lovely young lady who played cecily (the same part i played).
it was really weird...but so cool. 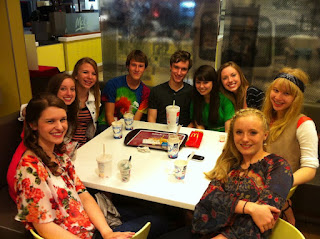 after all of this...we made a trip to mcdonald's for some ice cream and fun times.
we were literally laughing so hard, tears were streaming down our faces.
and we all knew how much we missed everyone.
how we got to spend an entire summer with each other.
how we grew so close together.
and we remembered how we had truly become a family last summer.
and that those memories we have will be some of the most special memories...ever. 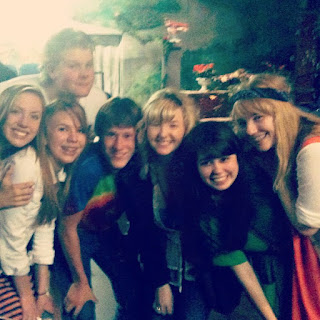 things may change.
we may go our separate ways.
but i don't think my friendship with these people will ever end.

so much love,
rebecca jane

So much fun! Thank you for doing this post. :) I recently watched Earnest for the first time and loved it! I'd love to see a live version!