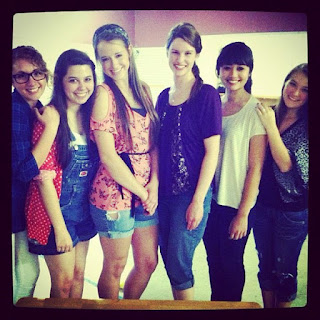 i've been trying to decide what my favorite part of being in a show is:
auditions.
rehearsals.
tech week.
performances.
after parties.
but i think it must be the perfect combination of all of the above.
right when you get tired of one part...it's time for the next.
and then it's all over. 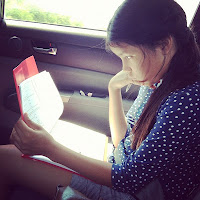 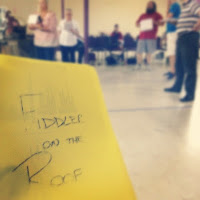 the rehearsal process is such an interesting part.
you're suddenly thrown into a family.
you suddenly love a guy.
you suddenly live in russia.
and you've probably never met half of the people you suddenly have a "relationship" with.
i think that's why theatre friendships are so strong.
suddenly you love all of these people so much...and you've only known them a few months.

well, we just opened.
the rehearsal process has finished.
i'll miss it, but am glad to share this beautiful show with audiences until october.

another opening to another show! 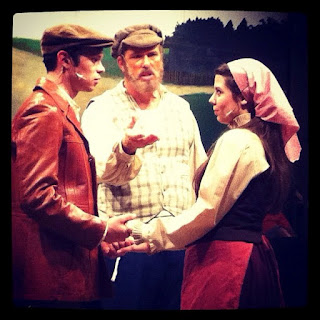 after hours and hours of work..."fiddler on the roof" is now officially open!
it's been a crazy week...adding makeup, costumes, set, props, lighting, and mics...a lot is sure to go wrong.
but...we opened friday night to an excited crowd who fell in love with the beautiful story of tevye, his five daughters, and tradition. 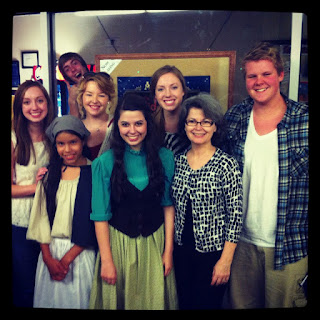 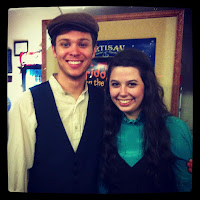 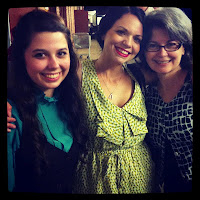 this show will last until october 6...so if you're anywhere near north texas, come and stop by!
you won't be sorry!
details are on the artisan website...and if you want to see my cast, come monday, friday, or saturday afternoon.

a very tired yet content,
rebecca jane
No comments: 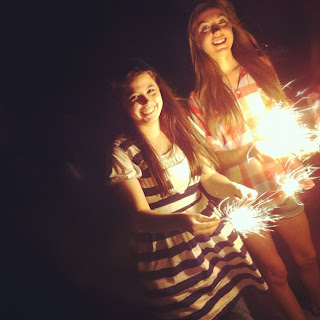 i've had many obsessions: blanket forts, sushi, movies, books, and so on.
my recent one?
picnics.
i love picnics. 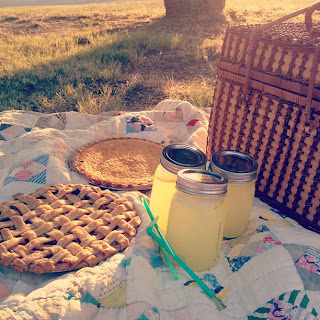 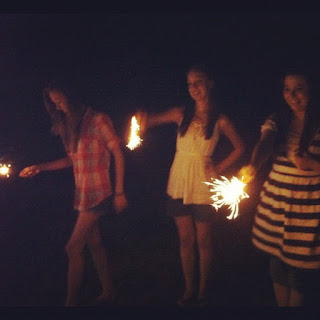 so to celebrate the 4th of july and my mom's birthday, we decided to set up a picnic on a small hill and eat pie while watching the fireworks.
we had the best spot.
it was lovely weather.
just a few ants here and there.
basically...perfection.

just another day in the costume shop. 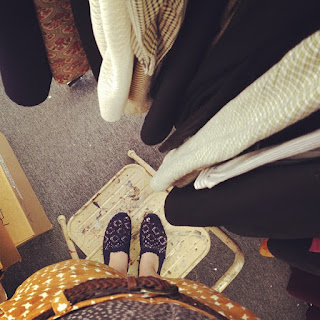 you know you work in a sketchy neighborhood when you see the police driving through the parking lot several times a day.

but I don't know what the costume shop would be without the walls shaking with the beat of the music coming from next door at the afrimart.

or the hippies smoking and partying outside their tattoo parlor on the other side.

and then the "smiley face donuts" store behind the building, run by people who can hardly understand which donut you want...and then give you free ones at noon right before they close.

the sketchy taco truck...run by people who can't speak a single word of english.
(luckily "taco" is a universal word understood by all.)

even mr. dorrit, the rat, who has decided to make the costume shop his home.

but you know.
it's just another day at the theatre working in the costume shop.

a little over a week until opening...eek!
rebecca jane

p.s. the clothes racks in the costume shop are all a bit too high for *this* sadly short costumer.
step stools have become my best friend, lately.

p.p.s. don't be concerned for my safety. i keep the doors locked and, though the stores appear sketchy, everyone seems very nice...and the donuts are ridiculously delicious.
1 comment: